I leave the ex's house and catch both guys searching through a work truck parked about ten houses down from mine. I accidently scared them a bit by calling out to them so they go running back up the street towards my house. Without thinking I go running after them, crazy icy out in the middle of the roads. Chase them all the way past my house andf finnaly get close enough to the taller of the two and jumped at him and we both go to the ground. Got one good crack to him while he's trying to get up and he falls back down. Look at the other one and he's jumping a fence into some backyards.
I go to look at him to see if I knew him and it some newfie "gangster looking" kid from merc that I recognized. About 5 seconds go by and a cop car pulls up on both of us and the cop see's me holding him down by the neck and grabs both of us and throws me up against the cop car and the other kid in the back of the cop car. I quickly explain to him what happend as he's calling for an extra car to come and take the one guy away.

After about a 5min lecture from the cop telling me not to get involved I go back to my house to find that when the 2 guys were running past my house with me chasing them, one of them looked over at my mom, who was standing in the driveway calling 911, and told her to shut the f**k up or he will stab her.

Apparently this s**t happens about 5 times a night. Just really pisses me off since when I got my rear window smashed. 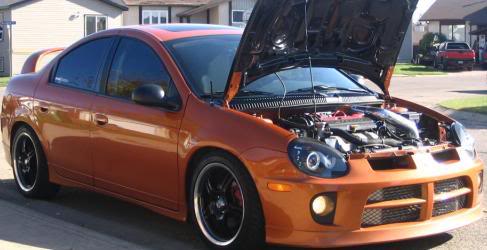 "Then I went back and got laid" Best part. Hahahaha. Im glad you got one of them. Find the other Wigger at school and Take him for a ride

They are prob the same guys that stole Jonahs radar from your street a few weeks ago, hmmmmm. Maybe we should go for a drive....

Similar topics
» Why Cops are "Pricks"